Room for the river Waal

The climate in the world is constantly changing. As a result of this the rivers in the Netherlands have increasingly larger amounts of water to transport. In order to prevent flooding in the near future, the Dutch government is changing the course of more than 30 rivers throughout the country. These measures taken along the rivers IJssel, Lek, Maas and Waal are known as ‘Room for the River’.

Room for the river Waal Nijmegen is one of these measures. The river Waal not only has a sharpe bend near Nijmegen, it also forms a bottleneck. In the years 1993 and 1995 this led to high water and floods. To prevent this from happening again and in order to protect the inhabitants of the city against the water, we have to action.

In the case of Nijmegen, this involves moving the Waal dike in Lent and constructing an ancillary channel in the flood plains. This will create an island in the Waal and a unique urban river park with lots of possibilities for recreation, culture, water and nature. The solution is far-reaching, yet sustainable and safe. 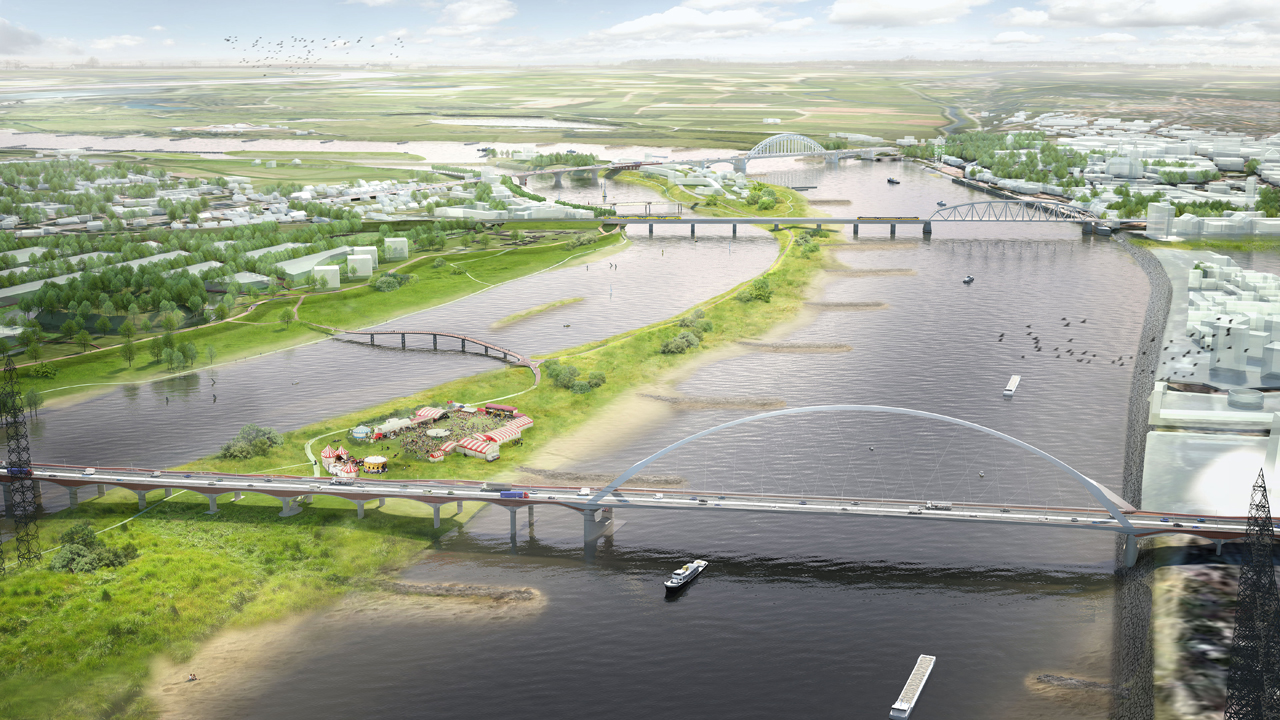